About 80% of diapered babies use disposable diapers. But are plastic diapers really better? Before you go grab a pack of Pampers, catch up on some of the benefits of cloth diapers.

It used to be diapering was such a hassle; mothers had no choice but to use cloth diapers, clumsy pins, and annoying covers. Then they invented disposable diapers and most mothers thought it was a miracle. Now, about 80% of diapered babies use disposable diapers. But are plastic diapers really better? Before you go grab a pack of Pampers, catch up on some of the benefits of cloth diapers.

Figure out about how many diapers you use in a week and times it by 52. Next time you go to buy diapers, look at how much they cost. You’ll find that it’s a lot of diapers, translating to a lot of money. The average parent spends two to three thousand dollars diapering their child up to age three. Now go look at the cost of cloth diapers. Sure, they’re a little more expensive, but you don’t have to buy them every week at the grocery store. Cloth diapers have the added expense of doing extra laundry every week, but it still doesn’t compare to the cost of disposable diapers.

Now, go back to the number of diapers you calculated earlier and times that by how many other people in the world use disposable diapers every year. Pretty big number isn’t it? In the U.S. alone, 18 billion diapers are thrown into landfills every year. Not only do they take up tons of space, they don’t biodegrade. Plus, they’re just sitting there full of hazardous waste. Urine and feces can contain harmful bacteria; which can work their way into the environment and even your water supply. Sure, animals go to the bathroom in the wild, but all the animals in an area don’t go in one place like used diapers.

When I was a baby, my mom used cloth [tag-tec]diapers[/tag-tec]. Not because they were cheaper or environmentally friendly, but because whenever she used disposables I’d break out in a horrible rash. If you switch to cloth diapers, you may find that some of your child’s diaper rash is actually caused by the irritation from plastic diapers. Even if your kids aren’t allergic, diapers contain toxic chemicals including [tag-ice]Dioxin[/tag-ice], which can cause cancer, birth defects, liver damage, skin diseases, and genetic disorders. And you know those absorbent crystals you see when you rip open up a diaper? Those are the same chemicals removed from tampons because they were linked with toxic shock syndrome in women. Sure, the chances these chemicals might harm your child is low, but why risk it?

Most moms choose disposables for their [tag-self]babies[/tag-self] because they think cloth diapers are annoying and inconvenient. What they don’t realize is that cloth diapers have changed since we were kids. Diaper pins have been replaced with convenient snappies and Velcro-like materials (Velcro itself isn’t flexible enough). You can also get fitted diapers to help keep out leaks. If you don’t like those annoying plastic covers, you can get wool ones; these are especially fun because you can find them in great colors and pattern. Wool is also more comfortable than plastic covers, but works just as well. If you just like the convenience of disposable diapers, there are now all in one cloth diapers that require no folding, no liners, and can just be thrown straight in the wash.

So, why not save the environment, save some cash, and help your kids stay healthy by using good old, dependable cloth diapers. 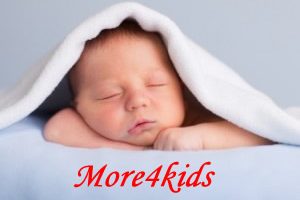 Advantages Of Cloth Diapers And Tips For Picking The Right Ones